The Revolutionary Mind and the counter-Revolution 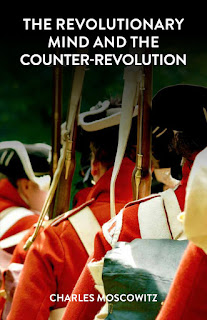 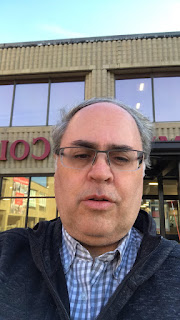 "President Donald Trump and the movement that he leads, a movement that reverberates around the world, is a manifestation of a counter-Revolutionary tradition of nationalism, sovereignty and individual freedom" observes YouTube host, columnist and author Charles Moscowitz, author of The Revolutionary Mind and the counter-Revolution. "I hope this book serves as a philosophical manifesto for the Trump movement" says Moscowitz.

The Boston based author identifies the means and motives of the revolution as it has shape-shifted through history leaving a devastating trail of poverty and suffering, war and genocide. A student of Sociology, Moscowitz analyses the negative psychological effect of the revolutionary idea on those who have been hypnotized by it and the regressive influence the revolution has had on society since it was launched by the serpent in the Garden of Eden.

“It [Communism] is not new. It is, in fact, man's second oldest faith. Its promise was whispered in the first days of the Creation under the Tree of the Knowledge of Good and Evil: "Ye shall be as gods." It is the great alternative faith of mankind.

"At every turn in history the unnatural and satanic forces of Revolution have stymied the genuine and progressive counter-revolution which found its greatest expression in the American Revolution of 1776" notes Moscowitz.

Popular posts from this blog

Stealth War: How China Took Over While America's Elite Slept